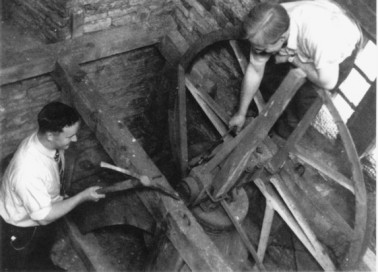 St Helens Alveston 1956
Gary Crisp found this picture in a South Gloucestershire Council
publication! 'Alveston Parish Plan 2008
Who are they?
When I know I will put it in.
Webmaster

Received from Chris Greef.
It looks like one I've seen of Fred Scudamore and Terry Jefferies when they took the last remaining bell out of St Helen's. They would recall better than I, but there were originally three bells. They lowered this last bell directly on a rope(!!!) and by all accounts it nearly pulled them out too. They then tried transporting it on the tailgate of a Morris Minor, but this resulted in the car going nose up in the air. I think it was eventually transported on a farm trailer.
The bell was installed for chiming at the Barn at Winterbourne when this was dedicated for services (late '50s), and stayed there till the Barn went out of use following storm damage in '89. The bell was in a vulnerable position (outside the building, only 6 feet off the ground) so we moved it to the church for safe keeping. It currently resides on the platform above the bells. The bell is pre-reformation and is inscribed Sae Andrei Ora Pro Nobis (St. Andrew Pray For Us).
Having looked through my bell photos folder, I find I have a copy of this one, plus some others, showing the bell on its way down in the tower and the team responsible for the move (Fred and Terry, plus Brenda Jefferies and Tom Walters).
Terry Jefferis has now told me that Tom Waters took all the pictures except the group, and Terry thought a local took that picture. 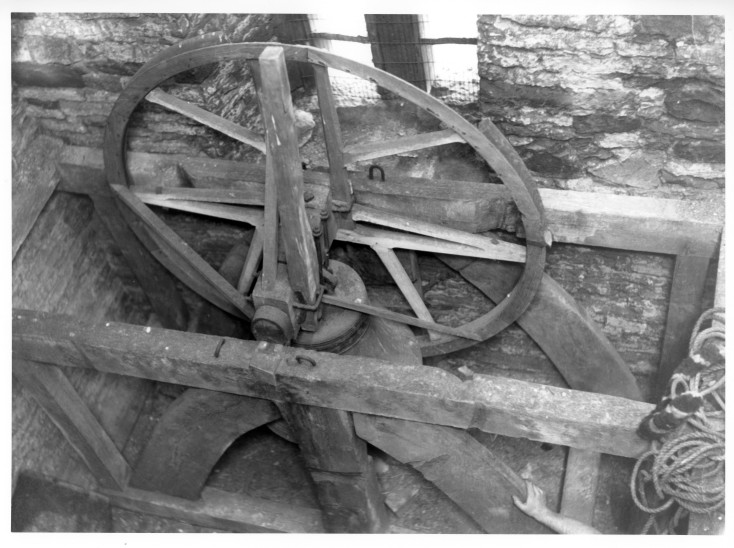 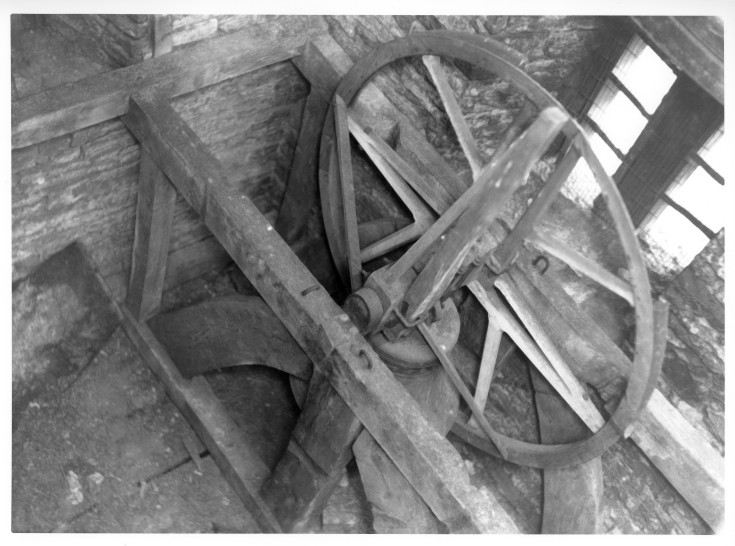 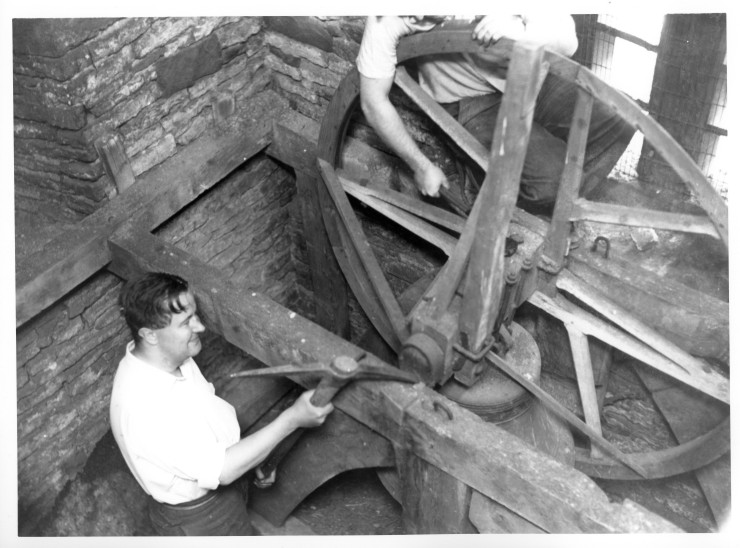 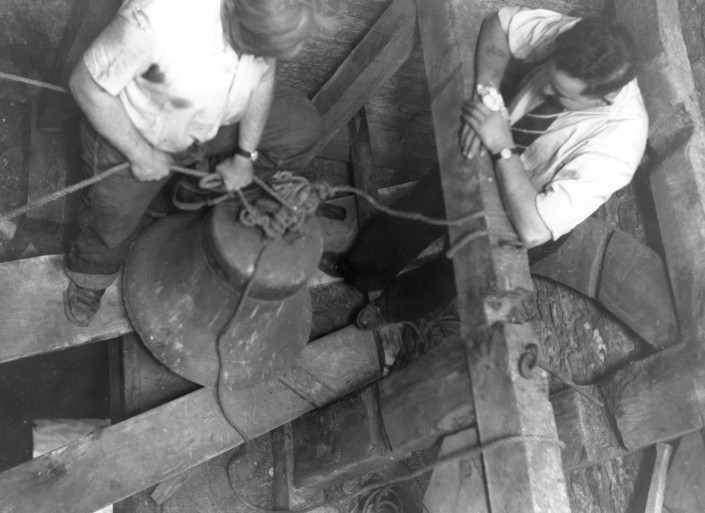 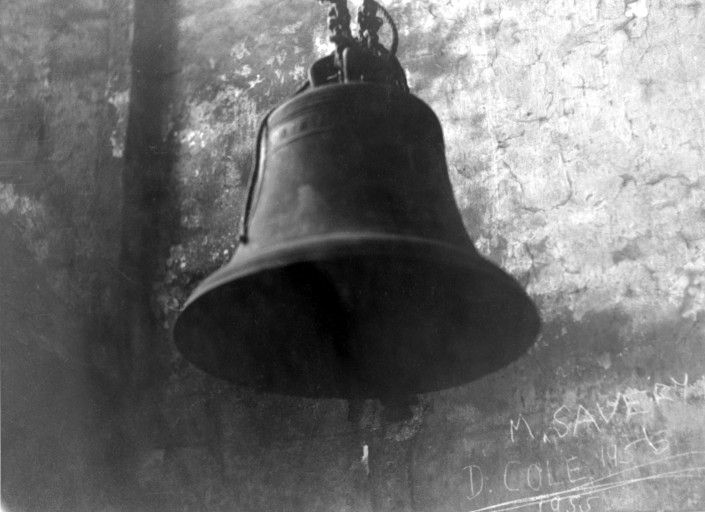 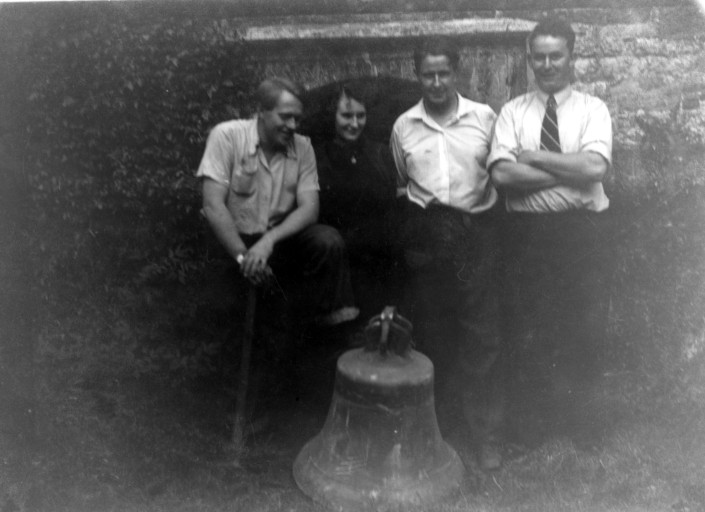 Many Thanks to Phil Livesy Tony Tuck and the Alveston ringers for an excellent afternoon and evening, especially to Tony and his assistant Chefs.
Not forgetting Paul Grainger-Allen for  conducting the ringing, the Rev'd   David Pole for taking the service and Glenis for playing the organ. and certainly not forgetting the Ringing Master Martin Blanchard who was in charge of the bar.
Finally to all those members of the branch who came along and supported the afternoon and evening. 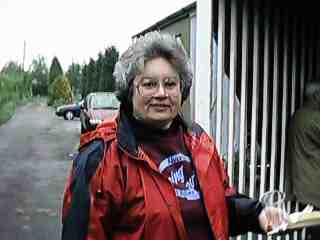 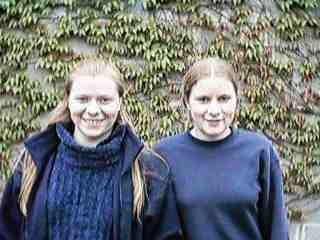 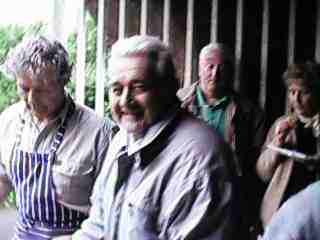 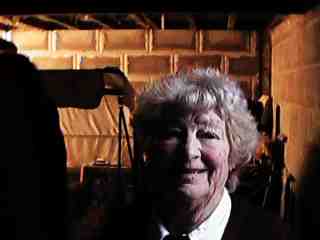 Phil Livsey who passed away in December 2001
a life long ringer at Alveston.