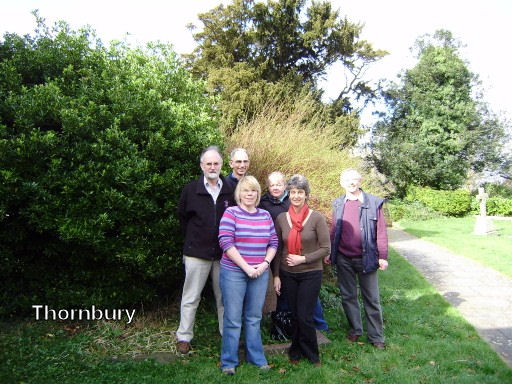 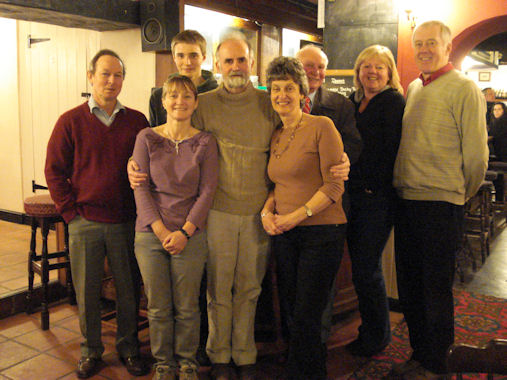 Photo's (by Fran Christiansen) of the band who rang  Arch's 'Bus Pass' Birthday Quarter (1260 Grandsire Triples) at Olveston on Sat 7th Feb.
L-to-R:  Andrew Williams, Val Johnson, Matt Johnson, Arch Andrews, Jill Usher, Bryn Shackleton (C), Trish Donald, Philip Coward.
Two or three firsts: Matt's first triples, Val's first on eight, and  Jill thinks it may have been her first on eight as well, but isn't sure. After a restart, with a faster pace, the quarter went very well, and everybody declared Olveston be a pretty good ring actually 'when you get them moving a bit'.
An augmented band then repaired to 'The Ship' at Oldbury for beer and food
(below) 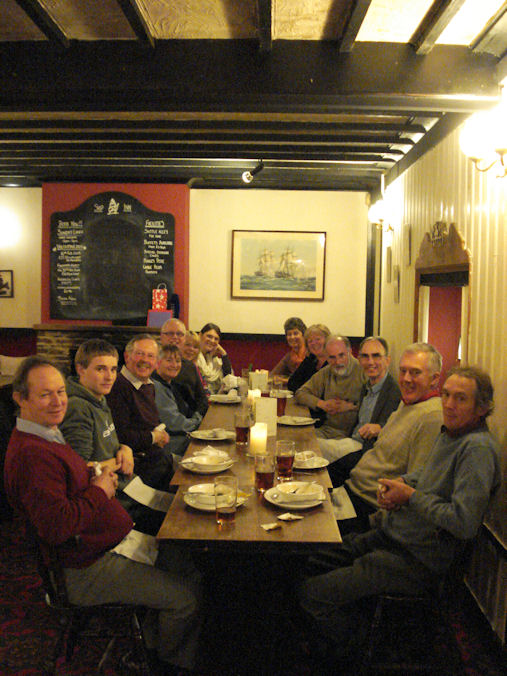 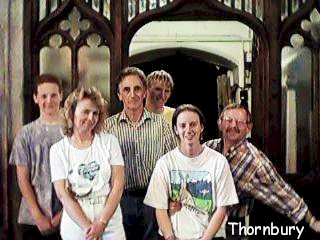 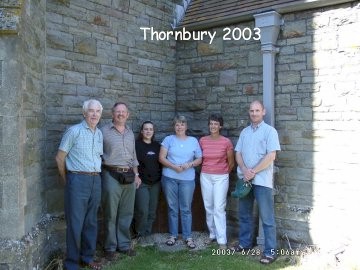 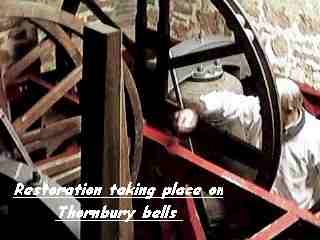